The PPRP works to prevent the movement of plant pathogens on nursery stock produced in West Virginia and nursery products imported into the state. The program includes registration and annual inspection of all nurseries and nursery dealers and the enforcement of state plant quarantines and orders.

The Black Fly Control Program has the responsibility of significantly reducing the black fly population in southeastern West Virginia without adversely affecting non-target aquatic organisms within the area of treatment. This is accomplished by monitoring black fly larval development in certain southern West Virginia river systems for the purpose of determining the optimum time to conduct black fly control operations. Suppression activities target problem areas of the New, Bluestone and Greenbrier Riers. 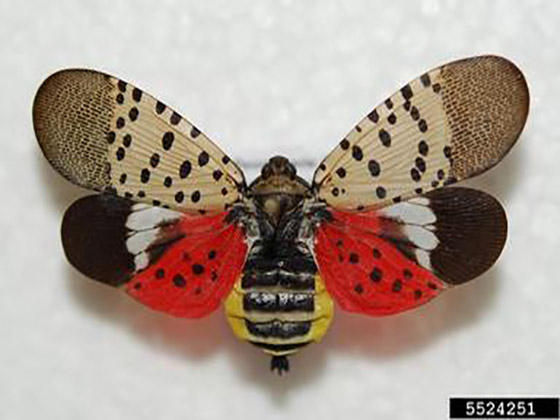 West Virginia citizens can send a picture of a suspected pest, a brief description of visable damage to trees/plants and the location (nearest town) to bugbusters@wvda.us.

Landowners will be notified if the tip raises concerns, and a site visit may be scheduled.

The PIL is a cooperative effort of the entomology and plant pathology staff. It complements the pest survey and detection efforts of the APS Unit by providing expertise in the identification of insects, plant diseases, weeds, and other pests. The PIL also disseminates information on the pests identified and investigates problems considered significant from a biological, regulatory, or impact standpoint. PIL personnel maintain permanent reference collections and record systems of insects, plant diseases and weeds. Pest control recommendations are provided for private individuals, businesses, and other government agencies when needed. 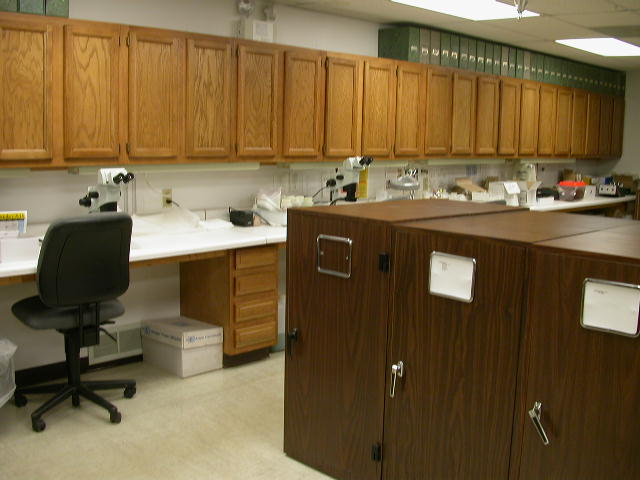 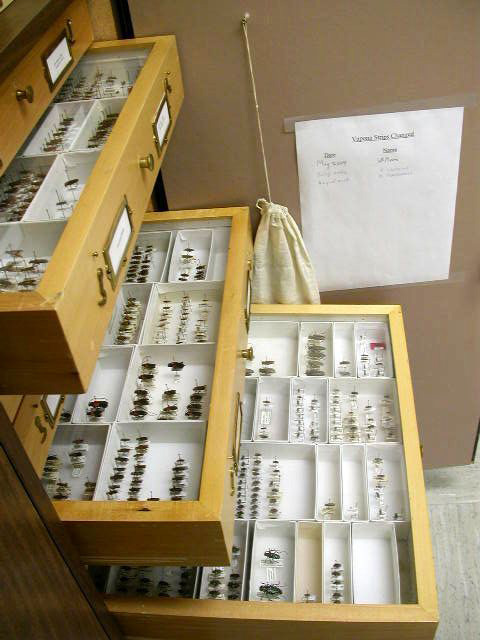 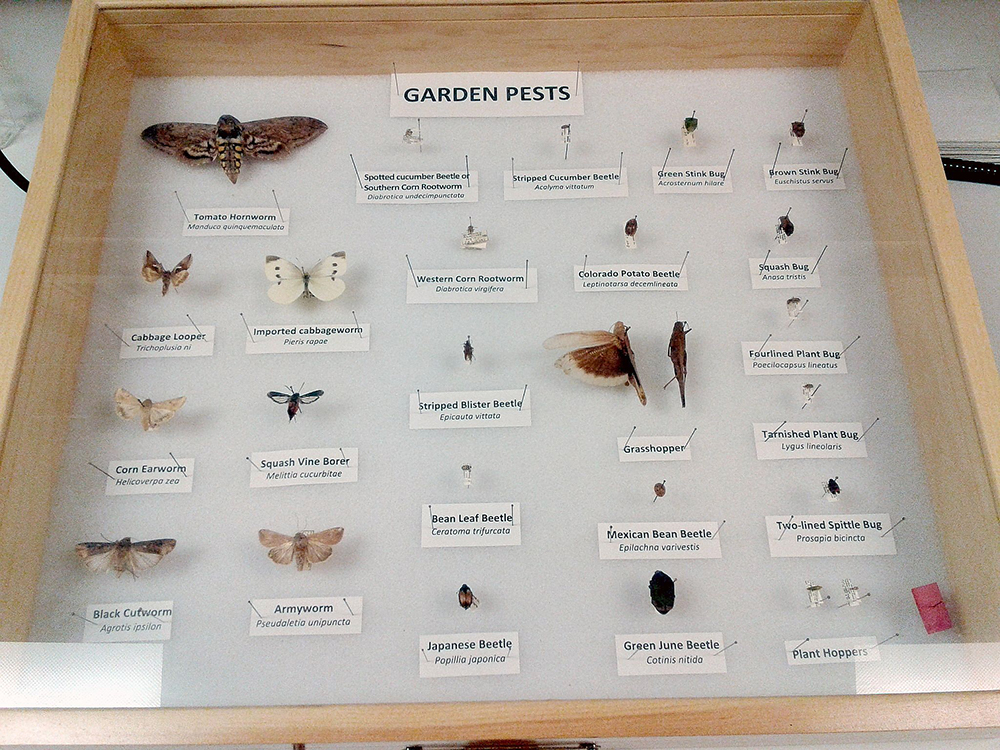 PIL Insect displays like this one, are used in a variety of outreach activities conducted by the Plant Industries Division 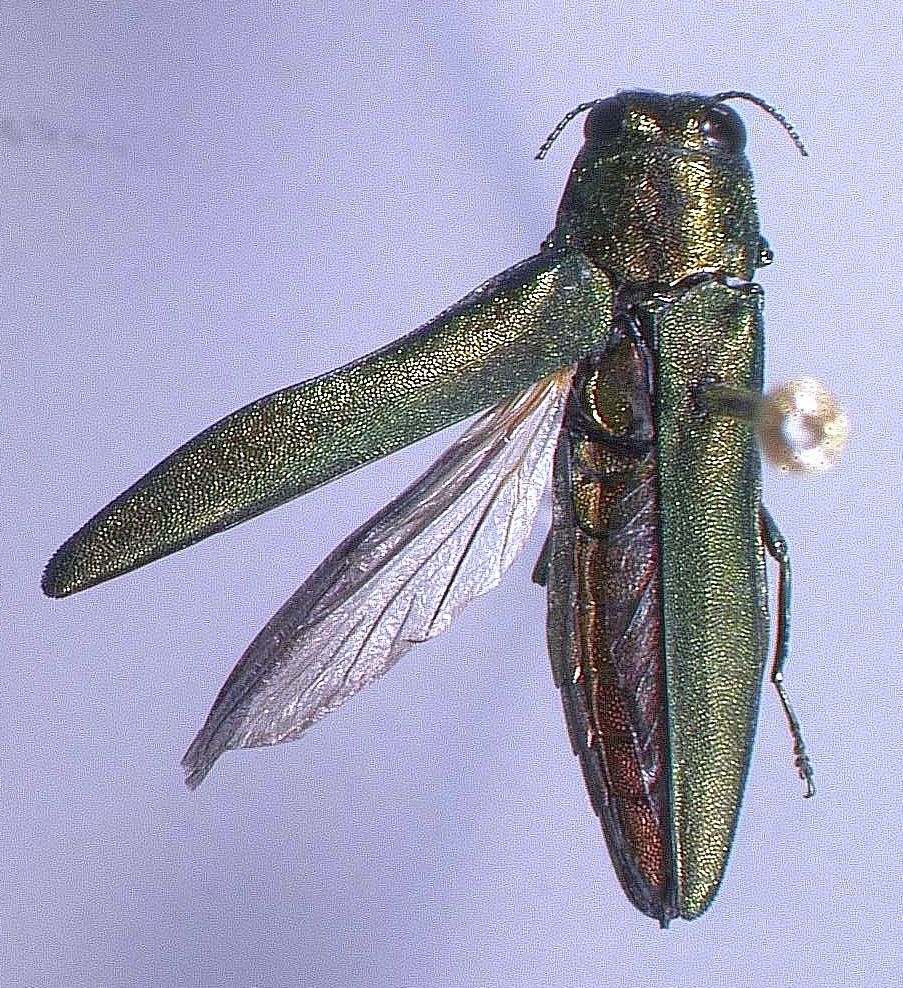 The PIL screens hundreds of insect samples every year, which are the product of numerous pest detection surveys conducted by the APS Unit and the Cooperative Agricultural Pest Survey Program. The Emerald Ash Borer, Agrilus planipennis, accidentally introduced in the US through ash tree nursery stock and the movement of firewood, is an example that resulted from these efforts. It was found for the first time in West Virginia in 2007 in a sample submitted to the PIL. 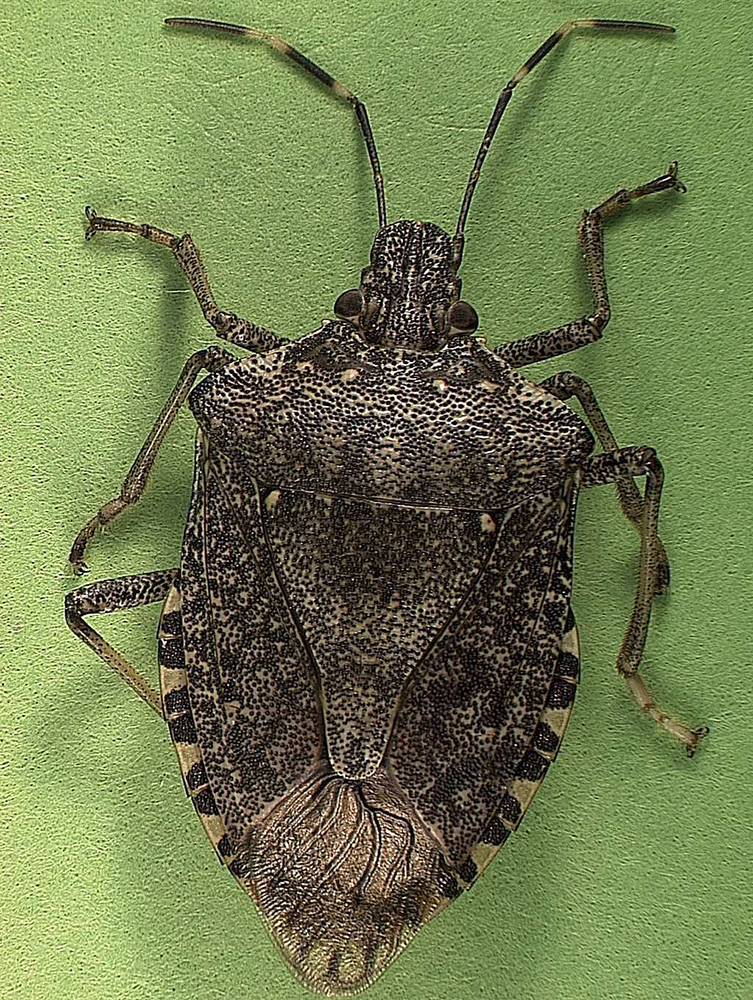 The Brown Marmorated Stink Bug, Halyomorpha halys, well known now by almost every West Virginian as an indoor nuisance and a serious crop pest, was accidentally introduced into the US and first found in the Eastern Panhandle of WV in 2004. Since then, the PIL has identified hundreds of them and provided control recommendation measures for this pest to farmers, businesses, and the general public. 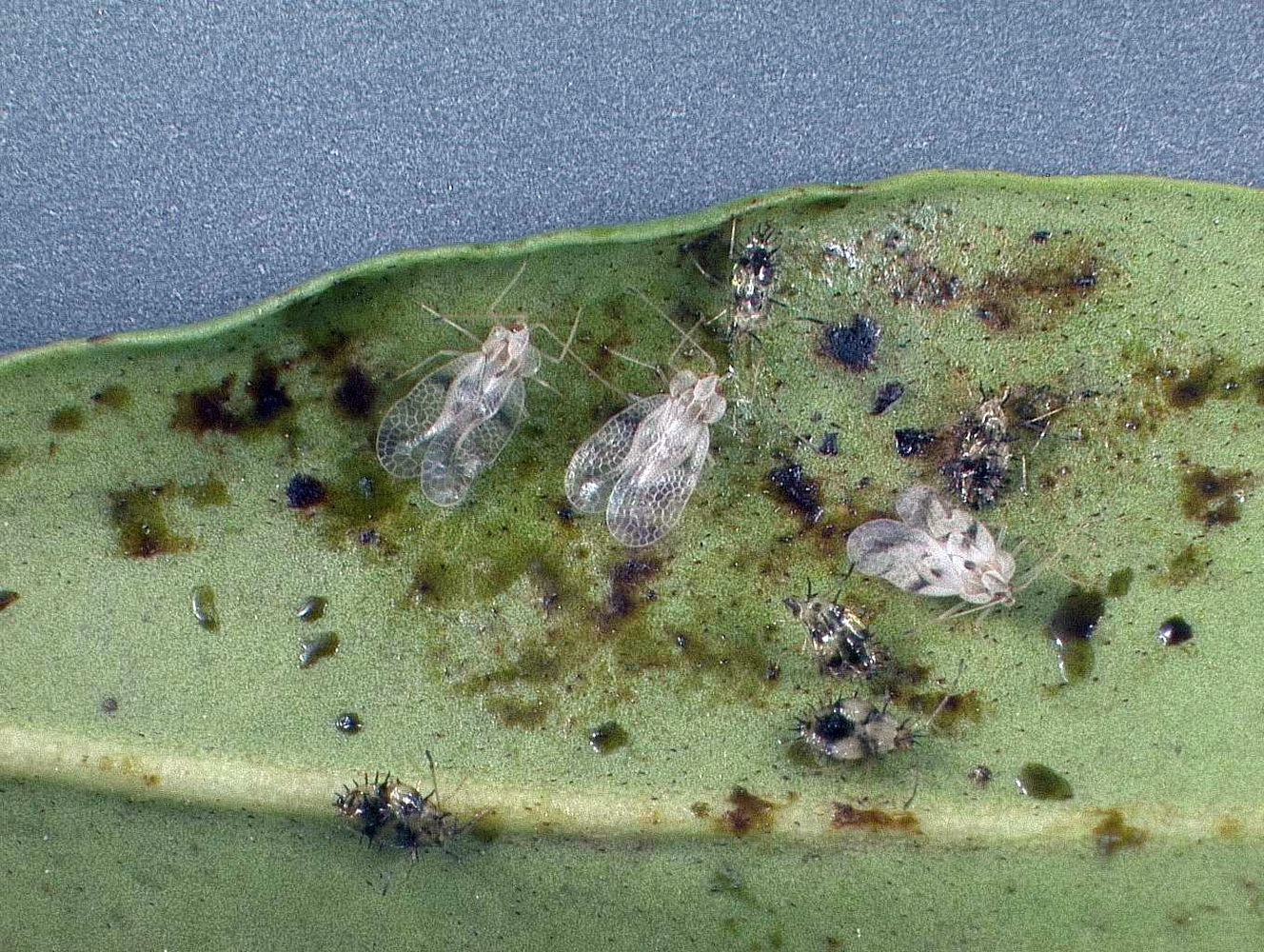 Samples of damaged plants by the Rhododendron Lace Bug, Stephanitis rhododendri, a pest of ornamental Rhododendron species (including azaleas) are often sent to the PIL for identification and control recommendations by private gardeners and individuals around the State. 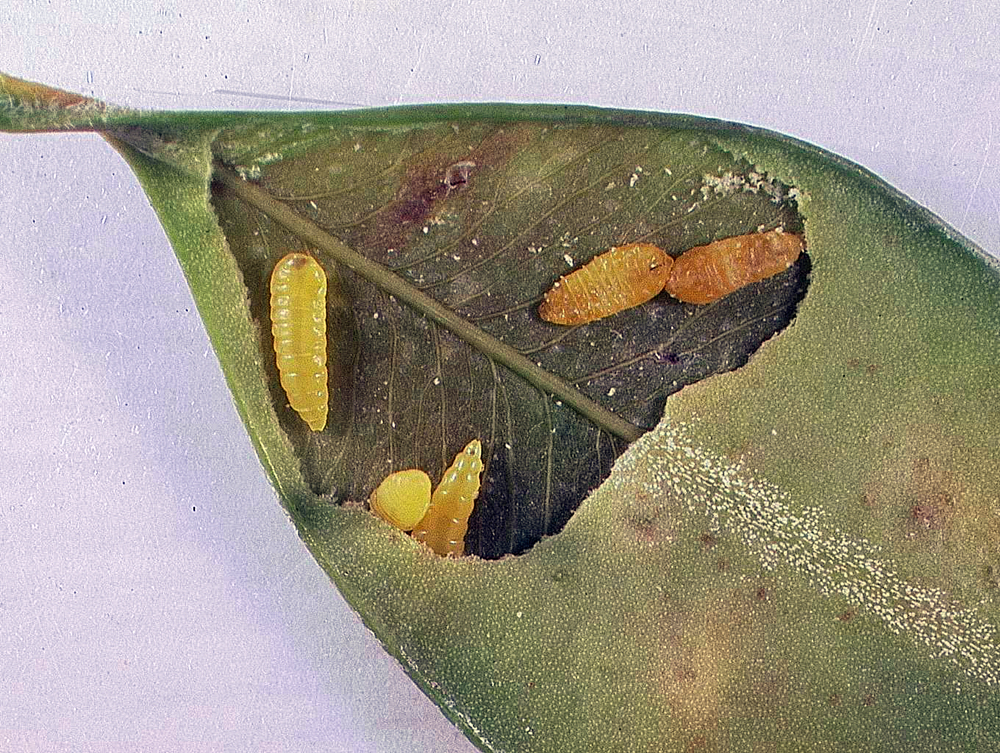 The Boxwood Leafminer, Monarthropalpus flavus is a serious pest of ornamental boxwood plants. This infestation was detected by the APS plant pest regulatory program personnel and submitted to the PIL for identification confirmation. 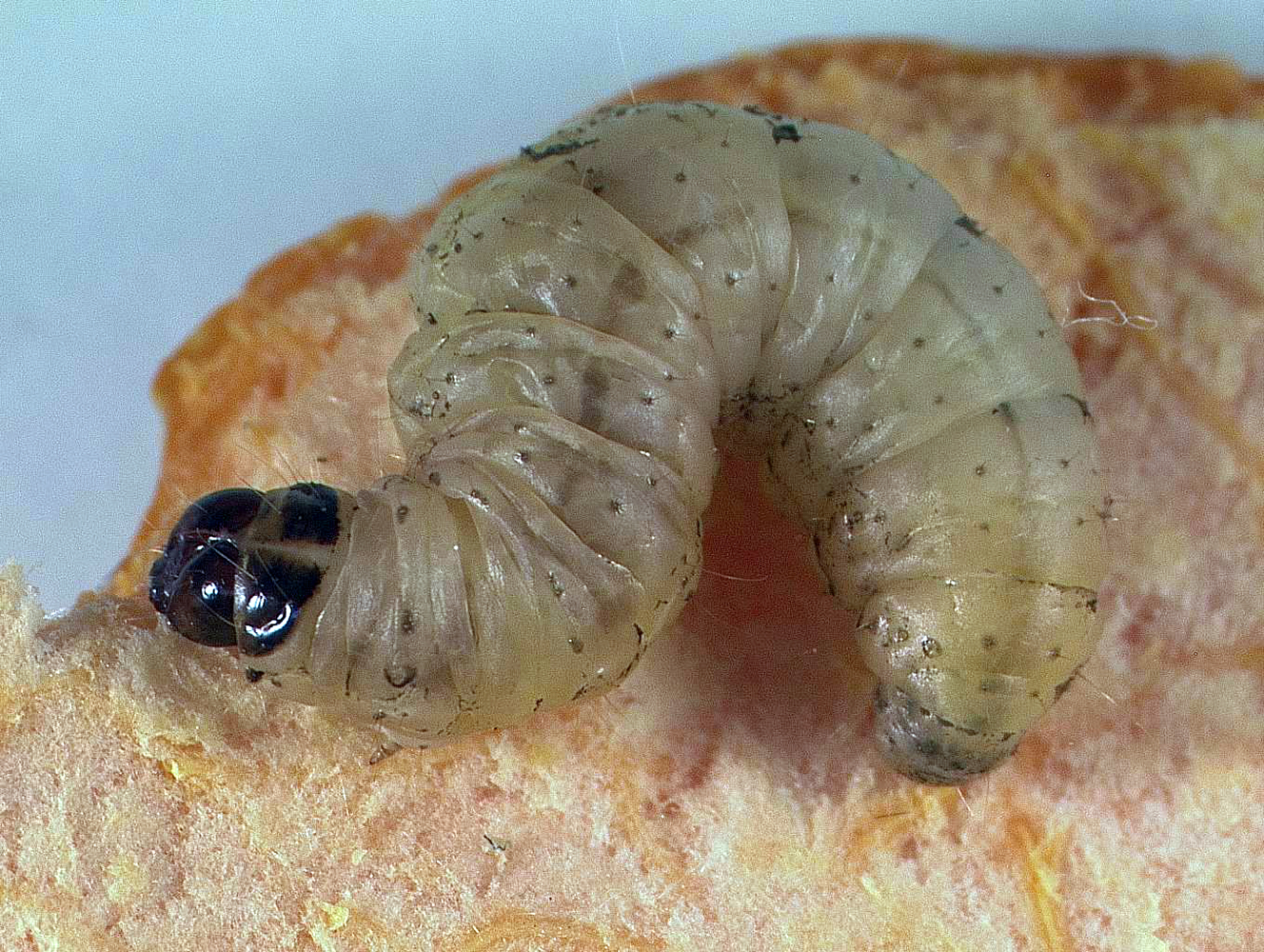 This caterpillar was found in a clementine fruit bought at a local West Virginia store and submitted to the PIL for its identification. It was subsequently identified as the Navel Orangeworm Moth, Amyelois transitella, primarily a serious pest of almonds, walnuts and pistachios, but also known to damage citrus, figs, stone fruit and apples. The insect is not known to occur in West Virginia. Early detection of insect pests that don’t occur in West Virginia can help protect the State’s agriculture from potential threats.